Steve Erino has provided a good photo of Bill's grave and its peaceful setting in summertime: 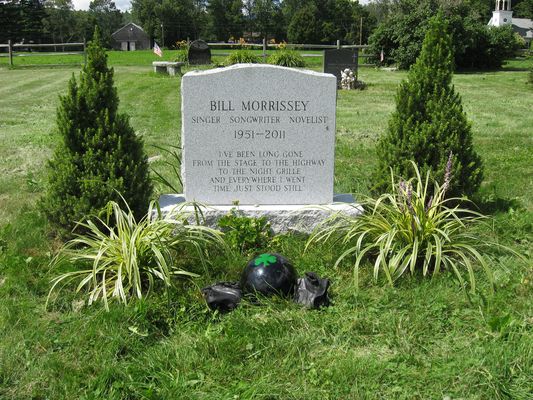 Mark Erelli has initiated a Kickstarter campaign for his latest project, an album of his covers of Bill's songs (and one original). 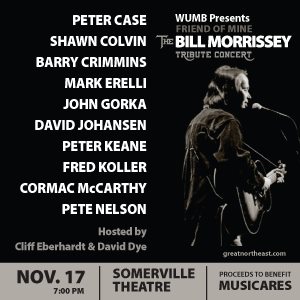 Details are available on the main page at www.turnandspin.com. 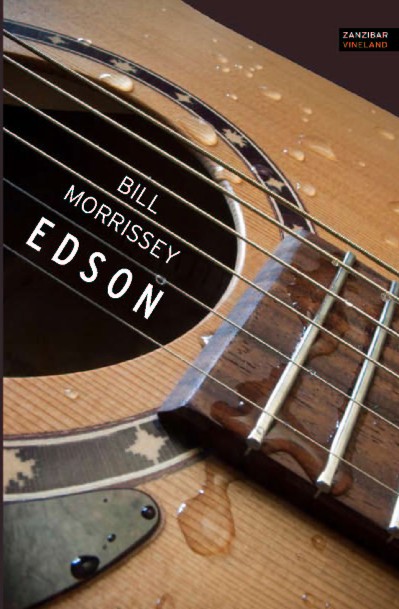 The French translation of Edson will be released on January 10, 2010. Bill will be in Paris during the third week of January for the launch of the book and to perform two concerts.

Come Running may be ordered on CD from CD Baby.

The album will be available for purchase and download from the following digital media sites:

The time it takes the sites to make albums available varies from two weeks to two months.

The planned release Bill's new album, with full graphics, is in late April, 2007. Advanced CDs (without graphics) are now available:

They are also available for sale at Bill's shows.

Next Album in Production

The new album, Come Running, has been recorded and is in production. It will be released independently and is expected to be available in the near future.

Bill Working on Next Album

Over the past few months, Bill has gone to the studio to work on songs for his next album. During some of the sessions he has been joined by Dave Alvin.

Bill performed two new songs on Aligre FM in Paris on February 1, 2006. They are called "Dangerous Way" and "Grave of Baudelaire." The program may be played for two weeks at:

Bill's appearance is toward the end of the program, about 45 minutes from the beginning.

Bill will perform at the "Blues Fallin' Down Like Rain" tribute to Mississippi John Hurt in January:

Bill has just finished a short, well-received tour in Europe. A couple of reports from fans:

Bill Morrissey in Paris and Brussels

Rounder Records released a collection of Bill's recordings on June 15, 2004, as part of their Heritage Series. It is a single CD and contains 3 new songs as well as a selection of gems from throughout his career. The track list for The Essential Collection: 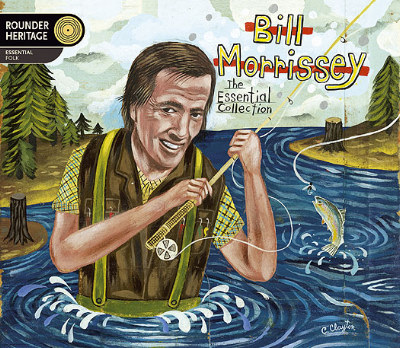 Bill is one of the featured participants in the 2004 Tamworth calendar.

Johnny Cunningham died the evening of December 15, 2003, in New York City, reportedly of a heart attack. As any fan of Bill Morrissey knows, the two played together many times, both in the studio and on tour.

Johnny added so much to any song that his playing graced--just consider his exquisite work on "Inside."

Bill is currently producing Karaugh Brown's first full-length album. Bill said he was inspired to take on the production role because "I think she's going to do some serious business in music." Karaugh Brown currently has a 5-song EP CD available from FolkWeb.com.

Article and Live Song by Bill in Yankee Magazine

The July-August 2001 issue of Yankee magazine has a section on "Music Made in New England." Bill contributed one of the articles, and the issue also comes with a free Rounder promo CD of music by New Englanders. The CD includes a previously unreleased live performance of "Fix Your Hair the Way You Used to" as well as the CD version of "Just before We Lost the War." (The CD may also be ordered from Rounder.)

Avalon Blues: A Tribute to the Music of Mississippi John Hurt includes Bill's rendition of "Pay Day," a song he has occasionally performed over the years (including on his tour with Greg Brown following the release of their 1993 collaboration, Friend of Mine).

Rolling Stone's review of the album

Bill has written a bunch of new songs and is playing some of them at gigs. He recorded them in September of 2000, and the new album of original tunes, Something I Saw or Thought I Saw, was released on April 3, 2001.

The title comes from a line in Robert Frost's poem "On the Heart's Beginning to Cloud the Mind" (circa 1937). Bill produced the album himself. Musicians include Kent Allyn (keyboards and guitar), Johnny Cunningham (violin), Marc Elbaum (clarinet and tenor sax), David Henderson (bass), and Cormac McCarthy (harmonica). The songs on the album are:

Rounder's page has a 40-second soundclip from the first song.

Bill in No Depression

While he didn't win, the nomination was a strong recognition of the talents of a man who goes about his artistic endeavors in his characteristic low-key way.

For the past couple of years, Bill has been working on his second novel, the follow-up to the critically acclaimed Edson. Originally given a working title of Slow Blues, it is now expected to be called Imaginary Runner (after the terms used in pick-up games when there aren't enough players for every base). In a recent interview, Bill said of the book: "It's about a guy, roughly 39, who's taking his first solo trip across the country to meet the 19-year-old daughter he's never met."

In an interview with the Boston Herald on April 6, 2001, Bill said of the title:

In a ballgame, the imaginary runner can only travel as many bases as the next batter does. My character is also not in control of his own life. Things happen to him. Where he goes is up to other people.

Bill has gone back to rewrite portions of the book a couple of times. It is now in the hands of Bill's literary agent, who is negotiating with publishers.

A Star on the Sidewalk

Tower Records will honor Bill with a star on the sidewalk at their Cambridge, Massachusetts, store. There will be a ceremony, including a brief performance by Bill, on Friday, July 9, at 1:00 p.m.

Bill will be on the faculty for the The Fiction Workshop Series in Boston on October 3 and 4, 1998. The event will be held at Suffolk University. Robert Olmstead is also on the faculty. For more information see http://www.writerswrite.com/conf.htm or call 717-243-3205.